Been working on this beast during my recent time off.  Kind of an idea I've been playing with in my sketchbook for a long time.  I have all the major part lines modeled out (though I will likely redo those ugly ones on the engines) but I will be adding a lot more surface detail before moving on to textures. I also have the interior blocked out and plan to model most of that out as well.   I suppose the ultimate goal is going to be to get this thing into a game engine.  It's been one of those weeks where I start modeling in the morning and before I know it it's 2am... in a good way! This will be the biggest model I've ever taken on by myself and I'm excited to see the finished product. 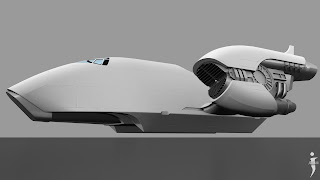 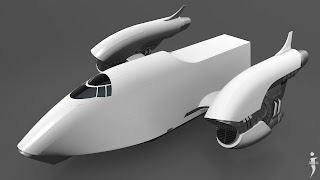 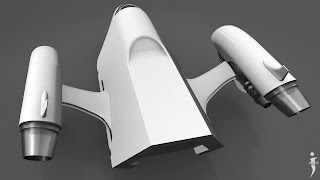 Posted by Jaysethan at 10:58 PM No comments:

As a 3D artist who loves cosplay, I recently invested in a CNC machine.  It's been really cool building stuff quickly in 3D so the machine can do all the hard work.  I haven't had too much time to mill stuff since we crunched so much at Sony this year, but here is a gallery of some of the projects I've been working on.


Photo Gallery by QuickGallery.com
For higher res photos and descriptions, view these photos on Flickr
Posted by Jaysethan at 2:16 PM No comments:

Having a steady job for the past year has afforded me the opportunity to do this stuff in my spare time.  It's been a learning experience, and sometimes frustrating and expensive, but overall I've had a blast, and I'm really happy with the results!

Photo Gallery by QuickGallery.com
For higher res photos and descriptions, view these photos on Flickr
Posted by Jaysethan at 2:08 PM No comments: